TEMPTATION IS AN INVITATION 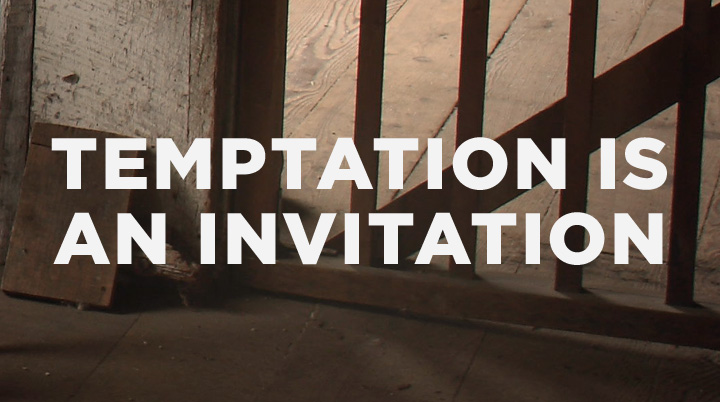 “FOR BECAUSE HE HIMSELF HAS SUFFERED WHEN TEMPTED, HE IS ABLE TO HELP THOSE WHO ARE BEING TEMPTED.”

Several years ago I met with a young man who had overcome a lot of sin and had been walking in victory with Jesus. In this particular meeting, though, he seemed beat up and filled with guilt. I asked him what was going on, and he said he felt defeated. Upon further discussion, he described an intense temptation that he had experienced the last several weeks. I asked him if he had acted on the temptation, and he answered, “No.”

I began to smile at him, and he looked at me, quite confused. I said, “Well, praise God!” That almost made him angry. Here he was confessing his temptation, and I was telling him I was glad he was facing such a hard time. I had either lost my mind, or he and I were not connecting at all.

TEMPTATION IS NOT A SIN

And then it came out of my mouth: “Temptation is not sin. Temptation is an invitation to worship. You will either worship the enemy and do what he is tempting you to do, or you will worship Jesus and resist the temptation and obey. Either way you are worshiping.” I went on to explain that his temptation was not sin and that this was an opportunity for greater intimacy with Jesus. He began to smile and it looked like a huge weight had been lifted from his shoulders.

Since that time I have strived to disciple a lot of men towards greater intimacy with Jesus by helping them have a new perspective on temptation. Here are some things I’ve found to be helpful.

1. TEMPTATION IS NOT SIN

Jesus was tempted in all ways, yet without sin (Hebrews 4:15). If our perfect Lord was tempted, then we should find ourselves identifying with him and knowing then that our temptation is not separating us from Jesus, but uniting us with him.

In James 4:7, James instructs his readers to “resist the devil.” While this is not something we are to take on by ourselves, we are now free to say no to temptation if we are in Christ. The good news for us is that our passions and desires have been nailed to the cross with Christ Jesus (Galatians 5:24).

James continues in verse 8 saying that in addition to resisting the devil, we are called to “draw near to God,” which is followed by the promise, “. . . and he will draw near to you.” So, here we have an opportunity to be victorious over temptation and sin, and to cultivate deeper intimacy with God!

God will always provide you a way out. In 1 Corinthians 10:13, Paul encourages his reader by reminding them that they are not alone in their temptation, but God always provides a way of escape. Therefore, look for the exit sign that God has promised to provide and run through it.

There are times that we know what we are tempted to do is sin, yet we do it anyway. While we were sinners who have been saved by grace, and now are identified as saints, we still sin. John tells his readers in 1 John 1:9, “If we confess our sins, he is faithful and just to forgive us our sins and to cleanse us from all unrighteousness.” We mustn’t continue in sin if we fall, but we must agree with God, return to him, and trust in the accomplished work of Jesus.

THE BATTLE IS FOR FREEDOM, NOT SALVATION

Knowing and enjoying God is one of the greatest aims of worship. We do not have to separate ourselves from him in our temptation, or even our sin. Instead, we can draw near to our understanding Lord who is able to sympathize with and redeem us. Ultimately, his grace is sufficient and covers our past, present, and future sins. So, this battle is for our freedom and joy in Christ, and not a battle over our salvation. That alone has been secured in Jesus. Next time you face temptation, think of it as an invitation to worship.