Suffering Is Our Story: Walking the Well-Worn Path of Pain Suffering Is Our Story

Walking the Well-Worn Path of Pain

Suffering tends to produce loneliness. We feel lonely, isolated, sealed off, and detached from others. It is common for us to believe that no one understands our pain.

We can be deceived into thinking that God is distant and uncaring. While I do not wish to invalidate these emotions, I do want to extinguish the lie that the sufferer is ever alone. We are never alone in suffering because in it we join other saints in the pattern of righteous suffering that has been going on from the inception of salvation history.

Are you or other believers around you facing rejection for your faith? Do you feel lonely in your suffering? Does it seem that God is distant and has detached himself from your pain? Do you feel disappointment, bewilderment, or dismay? Are you sitting in darkness, searching for answers and grasping for hope?

Paul addresses 1 Thessalonians to believers who are suffering for their faith in Jesus and gives us a model of encouragement for ourselves and others.

When their reputation is being destroyed and the whole city is up in arms against them, Paul gives the Thessalonians what their minds and hearts need: insight into God’s sovereign design for all of salvation history.

He reveals to them the pattern of suffering that they are now a part of, and the divine wisdom behind it, because Paul knows that if they better understand salvation history and God’s purposes in it, then they will not be surprised by any suffering they endure for their faith.

The Pattern of Christian Suffering

After the fall of Adam in the garden of Eden, God gives the first promise of salvation, mingled with a promise of suffering: “I will put enmity between you and the woman, and between your offspring and her offspring; he shall bruise your head, and you shall bruise his heel” (Genesis 3:15). God’s people would suffer in the battle between the two seeds — the seed of the woman and the seed of the serpent — and ultimate victory over the serpent would only come through suffering.

The enmity between the serpent and the seed of the woman (the unrighteous and the righteous) is first actualized after Eve gives birth to two sons. Abel is killed by Cain (Genesis 4:8) “who was of the evil one and murdered his brother” (1 John 3:12). Abel, a righteous man approved by God, is the first victim of the enemy’s hatred, murdered by the first seed of the serpent.

Job suffers the loss of his health, wealth, and children when the devil himself attacks him because of his righteousness among men (Job 1:1–2:6). And Joseph suffers false accusations from Potiphar’s wife (Genesis 39:14–18) and imprisonment as an innocent man.

Israel, God’s chosen people, is afflicted and enslaved for 430 years in Egypt (Exodus 12:40), a nation led by Pharaoh, who is explicitly identified with the serpent when God calls him “the great dragon” (Ezekiel 29:3; 32:2). David, God’s anointed one, is hunted for several years by Saul who was rejected by God (1 Samuel 17–29).

Jeremiah the prophet is persecuted by his own people after Israel has turned away from God. King Zedekiah put Jeremiah in prison for his faithfulness to God (Jeremiah 37). Many other prophets like Zechariah (Matthew 23:35) were killed for their faith.

Jesus, the righteous Servant of God in Isaiah (Isaiah 53:9), suffers because of the false accusations of the scribes and the Pharisees, who are portrayed as the offspring of the serpent (Matthew 3:7; 12:34; 23:33; Luke 3:7). Christ suffers rejection, mockery, and a shameful death on a cross. This is the pinnacle of suffering among God’s people, as Christ is the most righteous of them all, being sinless and without blame.

All of the righteous sufferers of the Old Testament from Abel to Zechariah pointed to Jesus, and Jesus’s suffering has become the pattern for his disciples. Peter writes, “To this you have been called, because Christ also suffered for you, leaving you an example, so that you might follow in his steps” (1 Peter 2:21).

The apostles endure much pain for their faith (Acts 5:41; 9:16). While defending his apostolic ministry, Paul gives a detailed description of his suffering in 2 Corinthians 11:24–28.

The churches that the apostles planted through suffering live out the same pattern (Acts 14:22;Romans 5:3; Galatians 2:4). All kinds of saints ever since have suffered shame, mockery, and even death for their faith — the Stephens and Polycarps, the Cyprians, Husses, Tyndales, and Elliots. Their precise number is only known to God (cf. Revelation 6:9–11).

When Paul tells the Thessalonians that they have become “imitators” who are “suffering the same things” that others have suffered (1 Thessalonians 2:14), he means that they continue the pattern of suffering from history. Using history itself as his slate, God is writing an amazing story of salvation. The protagonists are God’s righteous sufferers who are being killed all the day long. Suffering is the theme and the plot. Suffering is our story.

There is a purpose for all of this suffering. In so many epic stories, as in The Lord of the Rings, the suffering of the protagonists leads to their glory, the triumph of good over evil, and peace for mankind. These great literary epics faintly mirror the plotline of God’s redemptive work in history.

Look to the story of redemption, and remember that the same kinds of suffering you are experiencing are being endured by your brotherhood around the world (1 Thessalonians 2:14;1 Peter 5:9). You are not alone. The story of suffering did not begin with you and will not end with you.

If you are not suffering for your faith, expect it to come. When your time comes, remember you are treading where others have trodden. That same narrow path of suffering that you tread has the bloodstained footprints of your Savior, followed by every Christian who has gone outside the city to bear the same reproach that he bore. The same grace that has sustained God’s people throughout redemptive history will sustain you, if you trust him.

The same glory that they have received is awaiting you. At the end of this path of suffering stained with the blood, tears, and pain of the saints lies a glorious inheritance that will make the longest trial on earth seem very ephemeral. All who suffer for Christ await an eternity of no tears, no pain, and an everlasting inheritance, chief of which is our scar-handed Savior who will be our everlasting and all-satisfying delight.

If you endure your suffering with joy, like the saints of old, you will be an example for others, your faith and the gospel of Jesus Christ will be greatly prized through you, and God will be greatly glorified in your life, as he sanctifies and guards your faith through the fires of the established pattern of excruciating suffering. 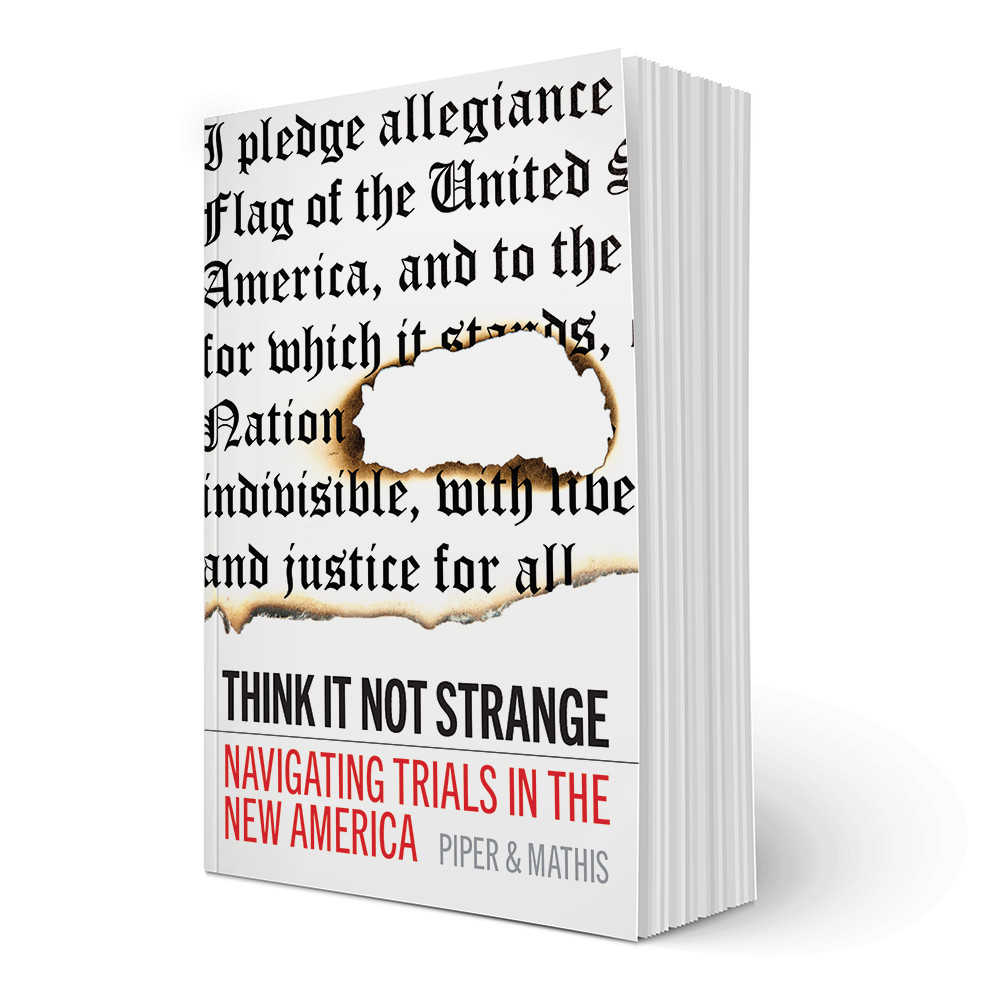 An extended version of this article appears as a chapter in Think It Not Strange: Navigating Trials in the New America, edited by John Piper and David Mathis, with ten contributors, six of whom will be giving ten-minute “small talks” at the upcomingBethlehem Conference for Pastors + Church Leaders, January 25–27, in Minneapolis. The new book is available from Desiring God, free of charge, in three digital formats:

Dieudonné Tamfu (PhD) is an associate pastor at Jubilee Community Church and an adjunct professor at Bethlehem College & Seminary. He and his wife, Dominique, live in Minneapolis.