JOY HAS DAWNED: A CHRISTMAS STORY 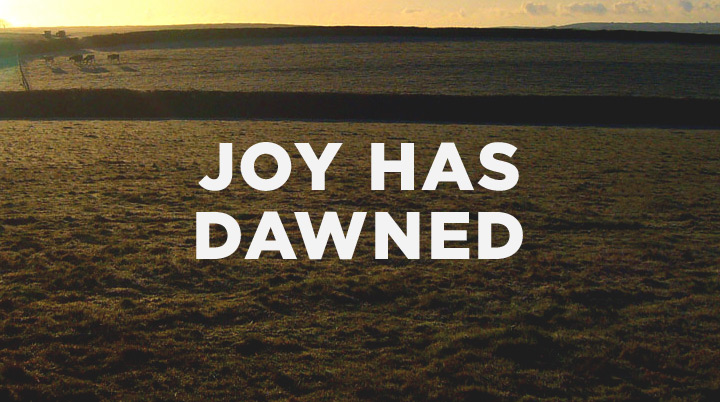 This year my band, Kings Kaleidoscope, got to record Joy Has Dawned, an EP celebrating the incredible story of Christmas.

We didn’t record a bunch of songs about Santa, snow and reindeer, or presents, candy, and toys. We recorded songs about the great mystery of the gospel, songs that proclaim the greatest gift the world has ever known: Jesus.

The Christmas story we sought to tell is about God demonstratingabundant humility to save unworthy sinners and bring them into an unshakable kingdom. Jesus, who spoke creation into existence, left his throne in heaven and humbled himself, coming to earth to live and die as a man in order to pay for the sins of the world and to reconcile man to God.

JESUS HUMBLED HIMSELF TO IDENTIFY WITH US

The story of Christ’s birth is immersed in humility. A few brief examples:

Why did Jesus come in such a humble manner? Because he came to identify with our suffering: he felt our pain, he endured our trials, he lived as we do, in a broken world.

We get to worship God with creativity, not worship creativity as a god in itself.

Sent by the Father God, Matthew tells us what Jesus came to do, namely, “he will save his people from their sins.” Jesus is called “Savior,” a name that implies that we’re lost, that we need rescuing. Our sin separates us from God and leads to death; the Bible says over 600 times that God is going to pour out his wrath on sinners. Jesus came to save us from our sin and its consequences—but why? He was under no obligation to shower us with grace. What kind of a king gets off his throne to save a rebel, an enemy? Only the greatest King: Jesus. As God, he was under no obligation to save anyone. That’s what makes grace so gracious.

As Christians, God not only pardons us from our sins, but he brings us into his kingdom and makes us family. We live under the protection and sovereign rule of Jesus, who will come back one day, not in humility but in complete glory, eradicating sin and Satan and bringing to completion his plan for us to join him in his perfect, righteous, eternal kingdom.

How do we respond to such grace? Hebrews 12:28 says, “Therefore let us be grateful for receiving a kingdom that cannot be shaken, and thus let us offer to God acceptable worship, with reverence and awe.” There is no other response to such good news! None! Period.

THE KING IS THE INSPIRATION

We didn’t approach this project intentionally thinking of what “traditional” Christmas songs would sound like. Instead, we looked at the story of Christmas, the incomprehensible measures of grace and love we have found in Jesus, and how those things apply to us personally and as a collective. From there, we dove in musically, letting the music express what the lyrics preach: Jesus. He is our inspiration, and he gives us passion and energy to sing. In his rich mercy, he has let us (an eclectic group of crazies) take music (something all of us once worshiped) and he has redeemed it.

Now as a band we get to worship God with creativity, not worship creativity as a god in itself. The endless grace of Jesus calls for this time of year to be about nothing else than worshiping him. Our prayer is that this album would be an encouragement and reminder of the love God has for you this season. He sent his only Son, Jesus, to die for us and rise again, reconciling us to God for eternity. That’s what Christmas is all about. That’s what this EP is all about. Merry Christmas—Jesus is alive!