Courage Is Not Winning. It’s Sacrifice. 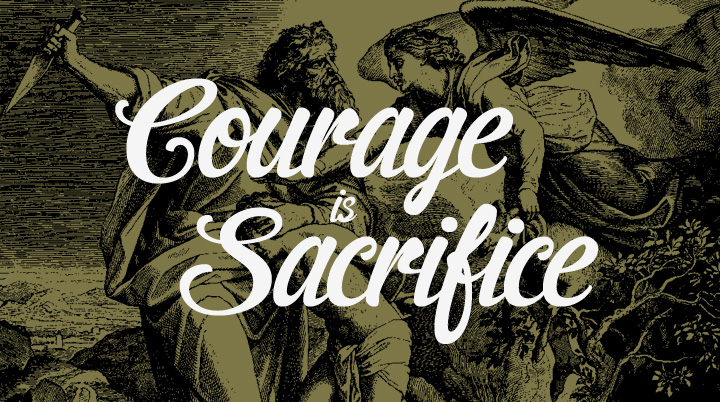 Do you always have to win?

With your employees or employer? With your kids or your spouse? Do you always feel it necessary to win because you can, and if you don’t, then you wouldn’t be showing courage? Next time you encounter conflict, remind yourself of the most courageous man to ever walk the earth: Jesus.

How the World Views Courage
I was recently invited to be the guest speaker at an event specifically for under-resourced, inner-city children. I said these words to a group of young men there. Many of the kids were from right around my neighborhood here in Atlanta, so it was a privilege to get to speak to them because who they become will not only affect their lives, but it may affect mine as well.

For them, these words have meaning because, in their neighborhoods it is the strongest or most violent who are counted as courageous, the ones who “don’t take no [insert expletive here] off of nobody.” But, if I could just get them to see that true courage is not always being able to win the fight, the argument, or the conflict by force, then it could fundamentally change how they interact with each other, and the other kids in their neighborhoods.

“
True courage is, more often than not, measured by the ability to sacrifice.
”
Our Perfect Example
Jesus is the perfect example of this type of courage and strength. When was the last time you read the gospel’s account of Jesus’ crucifixion and death? When is the last time, if you are a Christian, that you have taken in and meditated on all that Jesus suffered, not only in the actual crucifixion, but also in everything leading up to it?

The Gospel-writer John tells it this way in chapter 19:

Then Pilate took Jesus and flogged him. And the soldiers twisted together a crown of thorns and put it on his head. They… struck him with their hands…and [Jesus] went out, bearing his own cross… There they crucified him… When the soldiers had crucified Jesus, they took his garments and divided them… They put a sponge full of the sour wine on a hyssop branch and held it to his mouth. When Jesus had received the sour wine, he said, ‘It is finished,’ and he bowed his head and gave up his spirit.’

At any moment, during any part of this ordeal, Jesus could have destroyed all those who were attacking and oppressing him. He’s God! He has ultimate power and authority! He is preeminent in all things, and in all things he is supreme!

He Chose the Path of Sacrifice
And yet, he did nothing to defend himself, nothing to fight back, nothing to win. Was he afraid to fight back? No, he said earlier, “No one takes [my life] from me, but I lay it down of my own accord” (John 10:18). Was he unable? No, he could have at any moment combated their attack with all the power of heaven in his hand (Mt. 26:53).

But, he chose the path of sacrifice, and in this he showed what true courage. True courage is, more often than not, measured by the ability to sacrifice. Jesus didn’t have to win, because in sacrificing himself, he’d already won.
-Leonce Crump, resurgence.com