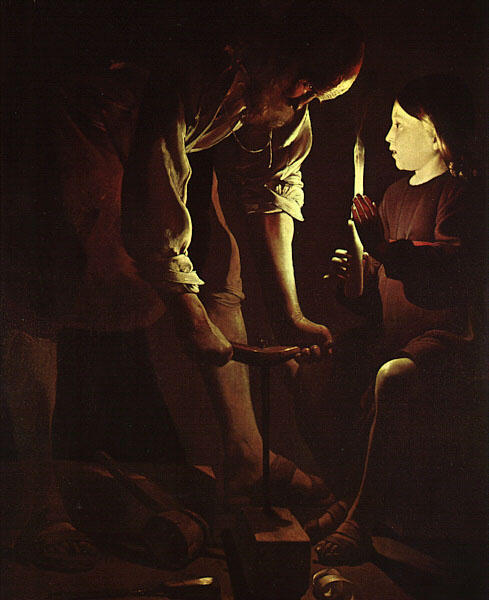 Has anyone in history kept a secret better than Joseph, the husband of Mary, the mother of Jesus? We talk a lot about Mary’s part in the Savior’s birth and what a sacrifice she made when she said to the angel Gabriel, “Be it done unto me according to your word.” Mary’s choice in the matter was up front, Joseph’s was after the fact.

While reading the first chapter of Matthew this week, I was awakened to a little noticed nuance in the genealogy of Jesus. From verse one on, all the men listed in the chapter are identified as the father of another and so on for sixteen verses. That all changes when we get to Joseph the son of Jacob. Speaking of the next generation, Joseph is not listed as the father of Jesus but as the husband of Mary.

The drama that begins in verse eighteen is heart-wrenching. Joseph’s fiancé, Mary, is pregnant, before their wedding. Joseph, being an honorable man, knows that this baby is not his. Though his heart is broken at the thought that Mary has been unfaithful to him, his love for her is so great that he plans to break off the engagement quietly. We can only image the anguish of soul that Joseph must have felt.

Amid his planning, he has a dream, and in that dream, an angel of the Lord explains that Mary has not been unfaithful, but that she has been impregnated by the Holy Spirit. Imagine awakening from that dream and trying to sort it out. But he does, he then obeys the instructions of the angel, he takes Mary to be his wife, baby and all. And as far as we can tell, from scripture, Joseph never divulges the secret of Mary’s pregnancy.

In 2006 a movie titled The Nativity was premiered at Christmastime. I love this movie and one of the reasons is, the movie deals with the unspoken tensions that were created by Mary being pregnant before her wedding day. The movie bears witness of the whisperings of the men and women of Nazareth when either Joseph or Mary walk by. Neither Joseph or Mary are ever shown trying to explain this pregnancy, nor the fact that neither one of them had been immoral in any way, shape, or form.

It appears that Joseph took Mary, pregnancy and all, and raised the child Jesus as his own flesh and blood. The only two Gospels that mention Joseph are Matthew and Luke. Even the fact that Joseph was a carpenter, is only alluded to by the statement about Jesus being the carpenter’s son in Matthew 13:55. As far as we know, Joseph took his secret to the grave. As far as we know, he faithfully fulfilled the plan that God had for him in the raising and the nurturing of God’s only begotten Son.

Scripture records that Mary found favor in the eyes of God (Luke 1:30) and was specifically chosen by God to bear His Son. I believe that no less could be said of Joseph. He too was chosen to protect, to train, and to prepare the boy Jesus for the responsibilities of manhood. It is assumed that Jesus apprenticed under Joseph in his trade of carpentry. For where Matthew identifies Jesus as the carpenter’s son, Mark identifies Jesus as a carpenter, Mark 6:3.

Imagine, God choosing a couple of young people from Nazareth, to give birth to and to raise His Only Begotten Son to manhood, to shape and mold His character so that He would, one day, embrace His destiny, becoming the Lamb of God who takes away the sin of the world.

Let’s not forget Joseph and his secret.